The iconic Shapes biscuits have been a staple in the Australian pantry for more than 150 years and it seems everyone has something to say about the new flavour range.

Arnott’s have explained that the new recipe was developed in response to feedback received from ‘thousands of Australians’ wanting more flavour, however, for the most part, Shapes fans have been less than impressed with the overhauled recipe.

We took samples to the street to get some feedback and local Brisbane woman, Kathy Damen asked, “Why are we fixing something that’s not broken?”

“They always had ‘flavour you can see’ but now it’s more like ‘powder that is mildly disappointing’. Get out of my mouth and give me my money back” She said.

Ms Damen speculated that “maybe it’s just an elaborate hoax and they have changed the flavours to get people talking” adding “Either way, give us back our Shapes!”

Shapes lovers have taken to social media in response to the new flavours with American actor and comedian Kevin Smith even weighing in through Facebook.

@katelangbroek shared her feedback on 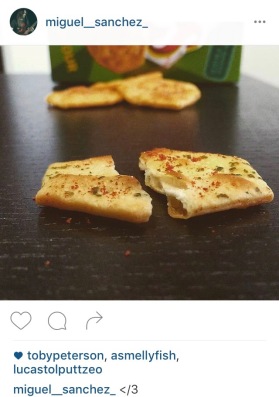 Australian, Jack Heard has launched a change.org petition begging Arnott’s to ‘Bring Back the Old Shapes’ receiving over 20,000 signatures already and Original flavour boxes are popping up for sale on eBay. 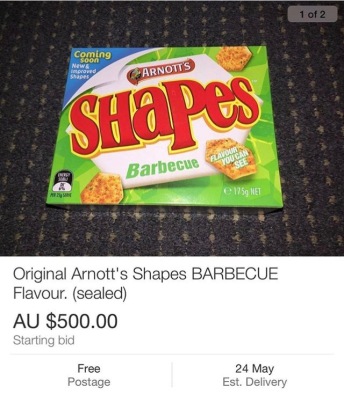 The topic of these new flavours seems to have united the internet in Australia and the Arnott’s Facebook and Twitter pages are filling up with complaints from Shapes connoisseurs.

“And they told us they preferred the new flavours,” Ms Thomson said.

“We know that people don’t always appreciate change, but we think we’ve made the best Shapes yet.”

Thomson also said the company was keeping a close eye on consumer response, saying that “consumers would decide” whether it stayed. “It’s very early days” she said.